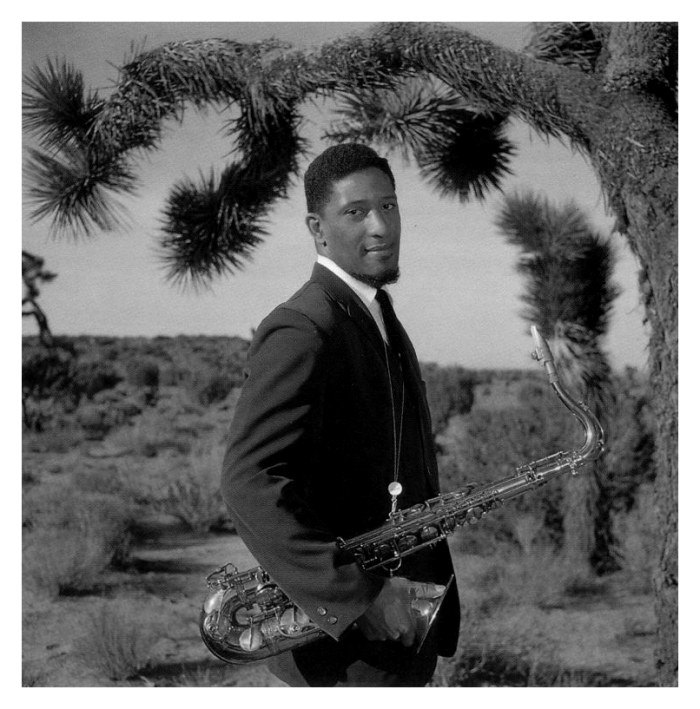 Sometimes you take a swallow of something you’ve enjoyed forever but just haven’t knocked back for awhile, and you think, “Jesus H. Roosevelt Christ, this stuff’s not only cask-strength, it’s so rich and full I think I’ll just slosh around the next sip!”

Such was my experience after unwrapping Craft Recordings’ new deluxe edition of Sonny Rollins’ 1957 album Way Out West. The record is justifiably famous for three reasons: it stands as the first jazz studio album recorded in its entirety in a bass-drums-sax format; it’s graced by a hilariously droll cover that seems like a joke but becomes a concept once you look at (and hear) the titles; and it features Rollins, not quite 27, demonstrating a jaw-dropping, self-possessed, jocular mastery of his art. I’d truly be insane to try to say anything profound about Sonny that real writers haven’t already said, but if you are either somewhat or totally unfamiliar with him, consider this: the trio format–free of a piano, guitar, or other horns–leaves a cavernous amount of space for Rollins to create in, and, for some, that responsibility would be perilous, if not disastrous; for this tenor saxophonist, however, that space gives him the opportunity to unfurl his very fecund vocabulary of sounds, all integrated into an unmistakable tone that does indeed reach out and grab one by the throat. Authority. Logic. Wit. Warmth. Audacity. Inventiveness. Grace. Depth. Just stop me–or wait, I’ll stop myself. But I’m not lying about any of those qualities.

So, OK, this is a two-LP reissue that costs a pretty penny. Is it worth it? I think so. The sound, engineered by Roy DuNann, was always stellar; my 1980s pressing is only mediocre by comparison with Craft’s remaster. You’ve heard people say about a record, “It sounds like you’re in the same room with the musicians”? Well, this recording has that same quality, and it is a true giant, on fire with deftly controlled inspiration (yeah: Rollins can be on fire and under control at the same time), whose horn bell you’re leaning into. By the way, drummer Shelly Manne and bassist Ray Brown:  definitely no slouches.

The second disk is only relatively less fluent and exciting alternate takes–very nice for Craft to put them together there–three of which are previously unreleased. The truly irresistible bait, however, are two telling snippets of dialogue, including one in which Sonny confirms what most already suspected was one of his improvisational by singing some of “I’m an Old Cowhand”‘s most piquant lines to his fellow musicians and emphasizing their importance. The cover art (photographs by the great William Claxton, also responsible for the photo at the top of my scrawl) is beautifully reproduced, and both the original liner notes and revealing new ones by Neil Tesser helpfully supplement the set. Honestly, I bought it as a birthday present to myself, and I think you can tell I am not the least disappointed.

Below is a YouTube playlist for Rollins newbies. Thing is, with Way Out West, couched between his equally great Saxophone Colossus (’56) and his daunting live trio record from the Village Vanguard (recorded later in ’57), Sonny was just getting started; his next near-sixty years would be studded with masterpieces. He is one of the last living jazz artists with a totally distinctive, instantly recognizable instrumental voice, and I emphasize the word “is”: give the man props while he’s living.