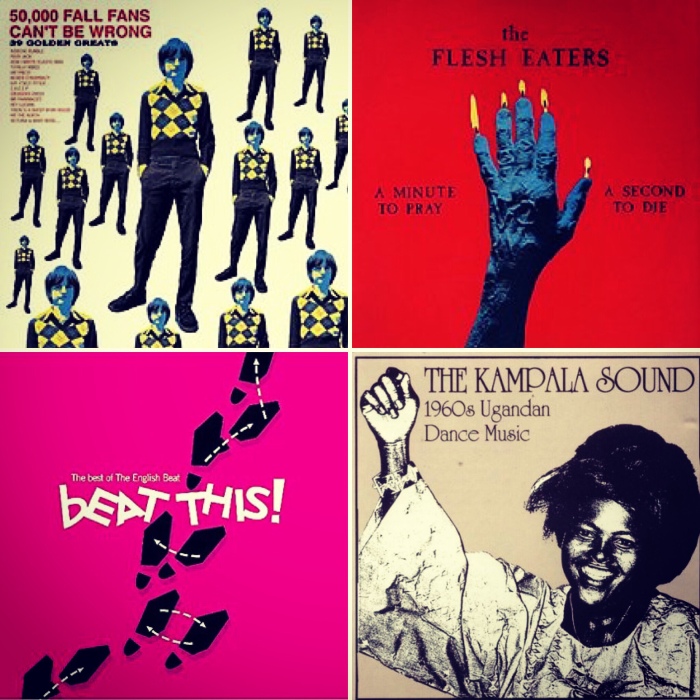 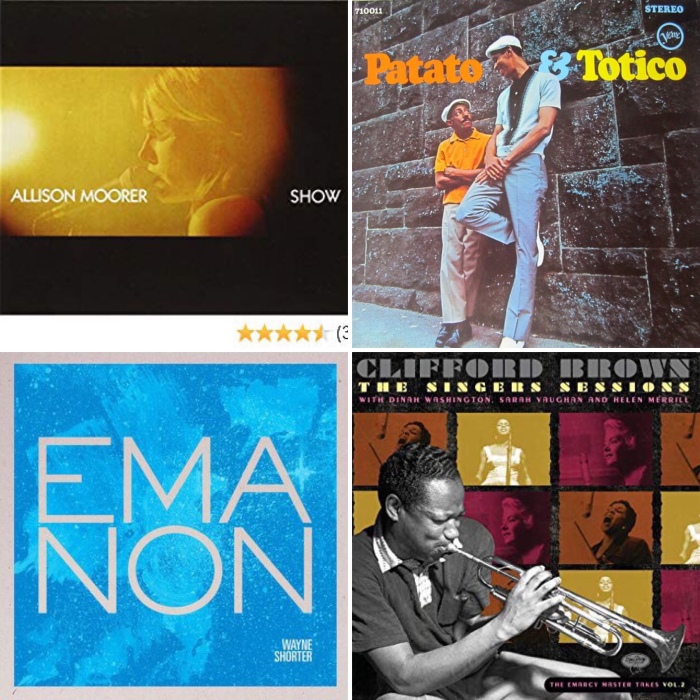 A good friend gifted me with, um, a sampling of Ol’ Mr. Weird’s new opus, and on first immersion, I’m happy to report his playing is very powerful and imaginative for a 42-year-old–except he’s 85. The string arrangements create a disembodied aura for the music, but that’s perfectly weird. I’d love to sample the accompanying graphic novel.

With the triumph of streaming, grocery store music ain’t like it used to be. I was piddling around looking for the right cough drop when “Save It for Later” danced out of Gerbes’ soundsystem–stunned, I looked down the aisle and saw another older person bopping his head happily. The soul, intelligence, and movement of the song lit a fire in me, so when I got home, I immediately pulled this and cranked it. They were pegged as ska, and they could nail that, but they grew it into something more personal and unique. With Special Beat Service, they seemed to still be growing–but that was it, after just three great LPs. They’ve reformed, but it’s not quite the same.

The warmest and–this is a compliment–cutest sounding African comp I’ve heard. The vocals are mixed way up in the foreground and, along with the ass-tickling guitars, they’re seductive as hell. The whole kit and kaboodle‘s on YouTube, too.

The Flesheaters: A Minute to Pray, A Second to Die

I’ve not had any use for Chris D. except here. Maybe it has to do with the members of The Blasters and X who make up his band. If your mind wanders from the singer’s gaze into the abyss, and it will, it can concentrate on the rhythm section. Booga-booga, boogied.

And we’re not. This two-cd set’s a great intro to Mark E. Smith, a recently departed genius ranter, poet, eccentric, and curmudgeon the likes of whom we’ll never see again. Backing him, your grandma on bongos sounds great! And for a punk, he was surprisingly adaptable to the pop dance floor: a crank who wasn’t too invested in himself to have fun.

Carlos “Patato” Valdes (click that hyperlink, kids) invented the tunable conga drum, and I could swear I read that he also pioneered the three-conga attack, but I can’t locate the source. He’s at his best here, joined by a scintillating cast of Cuban masters, including Arsenio Rodriguez on guitar, Cachao on bass, and Totico on vox. Muy caliente!

I received this as a gift from a dear cyber friend, and dug into it yesterday, finally, with great interest. I’d only heard Moorer backing up other artists (notably the much-missed Lonesome Bob) except for her song on The Horse Whisperer soundtrack (don’t ask–well, Dwight Yoakam covers Eddy Arnold on it). This is a superbly recorded, passionately performed live set, featuring Moorer’s sis, Shelby Lynne (their first recorded collab), Mr. Bob, and Kid Rock before he sunk into the pit (it’s a mid-‘Ought rekkid). Dang, she’s got a powerful voice, and she writes a fine, generic-plus country song. But she oversings, and some peculiar mannerisms in her articulation can be distracting; when Lynne takes her verses, the effect is one of mild relief. Still, a heartfelt and boisterous set.

Brown’s sound is so burnished, so meticulously dynamic, that, while listening, you can easily get angry (all over again?) that he was taken so young. He’s amazing in a mostly accompanying role on this collection. The singers? Oh, just Dinah Washington, Sarah Vaughan, and Helen Merrill. And should you be wrinkling your nose, perhaps, at the last, she belongs, at the very least by virtue of her great unsung debut, Brown with her every step of the way. Taste it right here.

CONGRATULATIONS to Ms. Jackie Shane and Numero Records for their Grammy nomination! Best Historical Recording: Any Other Way–get caught up on her story right here.