Starting about 5 in the morning Sunday, we’ve been on the road to Seattle to visit some fond friends. We’ve crossed Kansas, landed in Denver (they have candy!), cut up through Wyoming to Yellowstone, cut across a corner of Montana then down and over through Idaho (no easy way to Portland!), and finally, here at rest in the funky Jupiter Hotel on Burnside in Rip City. Just walked over the bridge to Voodoo Doughnuts (they’ve put out two live Dead Moon albums, at least), beheld the city’s grappling with the teeming homeless and mentally unsound population, and are prepping for a nature outing and a Powell’s visit. Yesterday was a 14.5-hour drive, we got in at 10 and hit the bar, now it is go time!

We have “read” two books thus far on the trip: Tommy Orange’s promising, scathing There There* and the late Anthony Bourdain’s wild and eye-opening Kitchen Confidential (it took his death to finally motivate us to read it, sadly). Thus, little music so far. But…some:

We kicked off the trip with the above Freddie King masterwork.

Later, I forgot how great this song was:

–we grooved lazily to Lady:

Driving up through Tetons Park to Yellowstone– 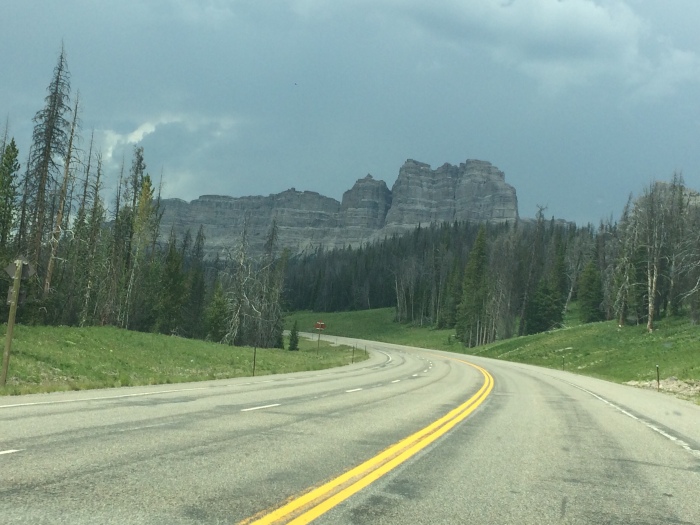 –we were reminded again of the ever-rewarding joys of Bob Wills and the Texas Playboys’ Tiffany Transcriptions (special attention to doomed guitarist Junior Bernard and magic fiddler Joe Holley):

Then we struggled to escape Yellowstone–

–and get some momentum behind us, behind the music of a friend from Eng-uh-land (with help from his and our friend from Columbus, Ohio):

Couldn’t get these songs out of my head cutting across Oregon:

*One of the key characters in Orange’s book has a therapeutic relationship with MF Doom’s music. The page on which that’s captured is pretty insightful.