No real method to my madness but freely associative listening:

Nilssen-Love, on percussion, and Gustafssen, on baritone sax, justify the seemingly silly title with an enthusiastic conversation of snorts, snuffles, rattles, honks, and grunts–but no calls to move to the guest bedroom.

You’ll not find a more stunning family-affair jazz session than this, with eminent trumpeter, composer, and teacher Dennis Gonzalez and his sons Aaron and Stefan sounding surprise on 19 instruments, including many upon which they overlap. Dallas-Fort Worth: if you know not, a fertile jazz ground. Pick to click with ya: “Hymn for Julius Hemphill” (a fellow Texan). Here’s a live version:

Kevin Gates is a hip hop figure my relationship with whom is complicated, but his first single since he’s gained his freedom from incarceration is pretty…do they still say dope? Also, I hear some contrition in his tone here, if not elsewhere. Chained to the City is just an EP, but it bodes well; I am rooting for the man solely because of an experience I had once at Fat Tuesday’s, a New Orleans daiquiri bar, with TouchTunes, Gates’ “Two Phones,” and one of the shop’s servers.

To be honest, after this Cincy band’s last record and recent 45, I was prepared for a letdown. I love their playing, singing, and songwriting, but Forever Sounds now sounds to me like an honorable retreat. Be that as it may, I didn’t finish listening to the whole of their new record–but I loved the first six tracks, the last of which is a cover they’ve been doing for awhile that’s taken on relevance, and resonance. And they’ve been doing for a while. Doing well. It’s rock and roll by adults.

Mr. Sam from Houston town, pretty early, but with spidery, searching style fully formed (click the pic). Hear him on piano, too.

It was Nicole’s last day of school, so when she arrived home for a two-month reprieve from the public school trenches, I was waiting with two a propros tracks:

Note: seekers after discs that just keep on giving through the years might wanna keep their eyes peeled for the one from which that last track came. It looks like this: 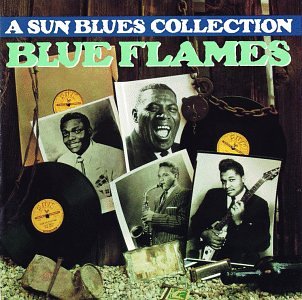