No unifying thread–just five somewhat disparate recordings I pulled because I hadn’t heard ’em in awhile and had the luxury of cranking them up.

Four discs is more than anyone but a serious aficionado needs; on the other hand, much excellent stuff here is quite hard to find. Conceivably, you might not know The Falcons, but indeed they can contend for the title claim: from the classic “You’re So Fine” to their springboarding of Wilson Pickett, Sir Mack Rice and Eddie Floyd to their showcasing the unique guitarist Robert Ward to the seeds they planted for The Ohio Players, they stretch across the genre’s growth. Doo-wop’s utopianism, gospel’s fervor, soul’s pleading, funk’s eccentricity–it’s all here in at least nascent form.

Three discs of wailing jazz expressionism by a large group of titans in the field. You’d think it’s be enough to bring a headache and scare the cat, but in fact all the tracks demonstrate formal definition and careful listening between the participants. And ingenuity: highlighting the third disc, recorded in the studio, is a 25-minute composition that rocks and rolls (among other things). Key players besides Brotzmann: name o’ McPhee and Gustafsson.

At this point, a somewhat lost masterpiece of–if not pop–powerful pop. Resist “Overnight Sensation,” “Hands on You,” “All Through the Night”–hell, the whole album–and you might be a contrarian. Beyond the great songs, impassioned singing (the Carmen-McCarl team was way too short-lived), and considerable wit, Michael McBride’s drumming will rock yer ass if you’re concerned about sticky sweetness. How this stalled at #143 I am not sure; it is a definitive Seventies classic.

Hands down, my (and many other listeners’) favorite dub reggae album. Briefly frightening, frequently nuts, deeply spacey and spacily deep, it’s an aural experience not to be missed. The CD reissue from Trojan has several more Gussie Clarke-produced tracks from the period, featuring Youth, Gregory Isaacs, and Leroy Smart, that don’t detract from the effect of the original album. By the way, if you dig it, Screaming Target is not the man’s lone shot; Blood & Fire’s three-disc Natty Universal Dread (no overlap) is the proof. 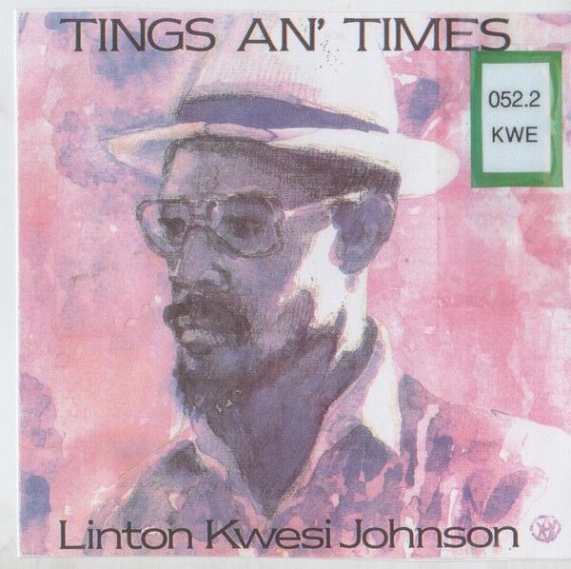 Given the implications and sorrow of the Windrush scandal, it’s a good time for any citizen of the world to revisit the work of reggae’s greatest poet. Though he still walks the earth, this may be his final offering, and for a musical valediction, it’s pretty perfect: the addition of violin to LKJ’s always-sharp attack gives several tracks an autumnal feel, and the opening “Mi Revalueshanary Fren” (as well as other key tracks) could only have been written by an ideological soldier of many years’ standing–through wins, losses, bridge-building and bloodshed. Let’s hope he’s got another record in him.