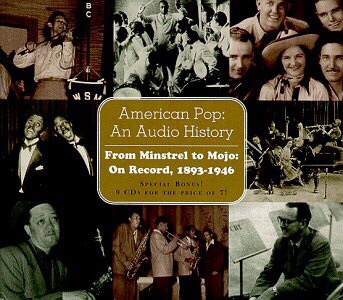 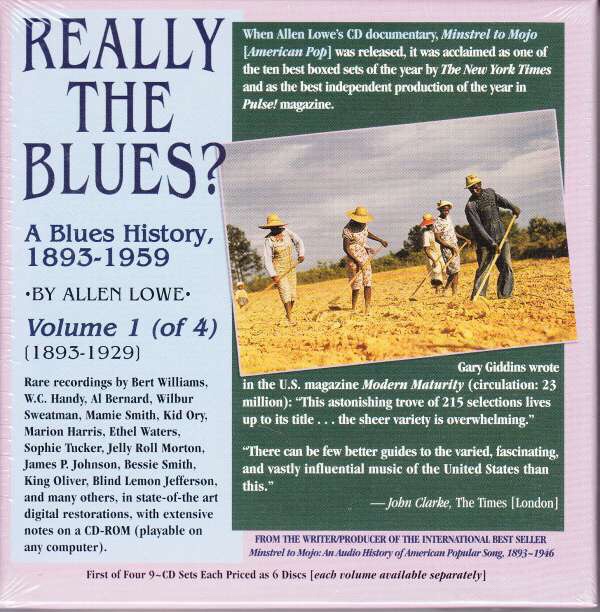 Recently, I began plotting a scheme by which we could get music into the air earlier in the morning. We keep farmer’s hours–up usually at 4:45ish–and come into consciousness by reading the news or whatever books we have going. It’s not the hour for Captain Beefheart or Charles Gayle, and I prefer not to get up, start picking through the crates and shelves, and fuss with the turntable or changer until after about 8–but some music would be nice. My brother’d given me a neat little Bluetooth speaker for Christmas, I’d snagged a cheap 16g mp3 player after an iPod died, so why not load some dawn-appropriate tunes onto the dang thing? I asked Nicole what she might like to hear, and with stunning quickness and specificity she replied, “Blues-oriented stuff, nothin’ past ’45.” Well, OK then!

It occurred to me instantly what to do. Do you know Allen Lowe? Besides being a terrific saxophonist, guitarist, and composer, Mr. Lowe is a tireless thinker about American music, a man averse to easy truths about its history and determined to constantly revise his own understanding, which is considerable. His book American Pop: From Minstrels to Mojos (1893-1946) is required (and cantankerous) reading for music buffs, and after its publication, Lowe released an equally essential nine-CD companion volume to the book in 1998. The set begins with 1893’s “Mama’s Black Baby Boy” by the Unique Quartette and closes 214 tracks later with Lennie Tristano’s 1946 take on “What is This Thing Called Love?” It’s a great way to hear our music’s beginnings, with blues, pop, jazz, gospel, country, and their variants and hybrids proceeding chronologically but lying side by side. The juxtapositions can be revelatory.

14 years later, Lowe released another musical companion to one of his publications, the perfectly-titled “Really The Blues? (1893-1959); this time, the set stretched across 36 CDs, with little overlap of the previous set and many inclusions that took even aficionados by surprise. Upon having received this treasure chest in the mail, I played all the 36 discs consecutively, across several days, with consistent delight. I remember Nicole hollering from the living room, “Hey, this stuff is fantastic–I haven’t heard very much of it! What is it?”

Wait, you are saying, did you do what I think you did?

I transferred all 45 discs to the mp3 player, set the fucker on “shuffle”…and that oughtta get us to 2019, doncha think? This morning brought us, oh, Charles Ives, Eddie Cleanhead Vinson, Stan Kenton, Jelly Roll Morton, Mary Ann McCall, Maynard Ferguson (yeah, that’s right!), James P. Johnson, Eddie Jefferson, and Mel Brown. A great start to the day, one must admit. Lowe’s curatorial imagination and dedication deserves a channel into all our homes.