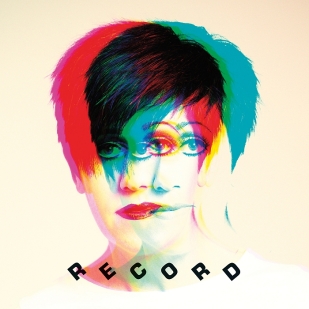 Until about a week ago, I had never listened to or even read about the British act Everything But the Girl. Regarding the singer Tracey Thorn, I know Massive Attack’s “Protection,” but that is all. I just found out minutes ago that she’s written a highly regarded music memoir, a genre I am addicted to. So…what’s the deal? Seems like a theme this week, but why am I so benighted with regard to certain pop icons? I mean, honestly: most people are. And, truly: one can’t listen to everything. I do indeed listen to more music–and more kinds of music–than most human beings, but I have blind spots.

With Thorn, I think my ignorance is traceable to my preference as a twenty-something for punk rock, the ’50s and ’60s rock and roll pantheon, classic jazz and hardcore honkytonk–that’s a lot of ground to cover and make up, considering I was a twenty-something in the ’80s–and my distrust, fair or not, of anything pop and dancefloor-designed, and especially of the British variety. An unsupportable prejudice, I know, but it was my prejudice, and sadly it’s lasted through the years. Why? I am pretty curious, but it’s been a long, long time since I clubbed, and even when I did, I was uncomfortable in the environment. I explode into extroversion when I am suddenly surrounded by people, because I feel I am obligated to interact, but I almost always prefer a smaller, quieter place. Also, I had serious issues with the Eighties. The clubs I clubbed in, it was gaudiness, crassness, and sharkiness for miles; I felt like an alien sent to observe, because I was definitely not of that scene. An aggressive shallowness:  that’s what I remember, and that’s why I retreated/ran screaming back to my room or, occasionally, a rathole punk rock venue. I hope I’m making sense here, but I was (without deep enough study) associating a vast ocean of impressively differentiated dance music with a social scene that disgusted me and that I couldn’t comfortably negotiate, and maybe I still do.

There are signs, as I told a friend yesterday, that this old, cold part of me is melting. Facebook’s taking some well-deserved blows about the face and neck right now, but I will say this and you will likely agree: some of the communities it makes possible are very sustaining. I am part of a few Facebook groups that help keep me sane, and one of them is made up of serious pop (and semi-pop) music writers and other aficionados. While the group is very predominately white, male, heterosexual, and middle-class, the range of musical interests are not only quite diverse but also have considerable overlap. As far as the overlap goes, if, for example, you happen to one of the few participants who outlie that overlap, you may be called upon to defend your position. OR…you may respect the opinions of the overlappers so much you may feel compelled to defend your position. OR…you may reason that the majority is often, due to certain other social pressures, wrong. OR…you may have held the position so long you’re scared to re-examine it. OR…you may come to suspect you are, in fact, flawed in your judgment regarding the majority-approved music in question. And that last has been where I’ve landed a few times recently. I’ve written about it on this blog before. This group’s encouraged me to take more chances, and a few individuals have reminded me that dance, style, and desperate good times are fun.

Thus, my decision to try Tracey Thorn’s Record when ordinarily I wouldn’t have thought twice about ignoring it. It came up in my Apple Music “For You” feed–a sign I’m making some progress–and I tried it only for that reason. I could hear that Thorn’s music was dancefloor-designed, wrought-for-the weekend, but also that it didn’t have to be just that; it felt pretty good as it simply washed over me while I was kicked back on the couch on a Wednesday afternoon. I found her dark-timbred singing, which again I’d only heard almost thirty years ago when she’d guested with Massive Attack, strangely intoxicating, excitingly unique, Annie Lennox with a bit more burnish, agreeably human as opposed to virtuosic, which can be thrilling but also, I don’t know, distancing (it’s why I’ve always argued that Ernest Tubb and Tommy Duncan are among country music’s greatest singers, when some folks argue that they can’t even). Then, key lines began to slip over and around the corners of the book I was reading (first listens: I get used to the musical impression the whole album makes):

“Put up your fists / Nobody ever loved / Someone they were afraid of….”

Shit, I thought, music, singing, lyrics–CHECK! What’s not to love? But I had let it float over me; I hadn’t fully engaged. A few days later, a kerfuffle had developed regarding a peculiarly ill-advised comment a critic had made about Record while trying to praise it (connecting an artist’s autobiography too confidently and not too fairly to her art–Wilde would wince), we were discussing the role politics has to play in assessing someone’s music, and I realized that a) I didn’t know beans about Thorn’s life to begin with, and b) strangely, given the times, political commentary wasn’t anything I was even listening for first time around in Thorn’s music. It was a winner then, and after the kerfuffle and conversation, it is even more so–especially after I listened to it on headphones yesterday. I also had an epiphany as a result of the critical comment in question: Thorn and I are essentially the same age (I’m half a year older), and it was clear to me in so many ways that Record was speaking to me on that level, that it’s been awhile since that’s happened. The maturing of not just your body and mind, but your work. The threat of an increasingly aggressive, retrograde power structure to you, your family, and friends. The search for good times as your life becomes more complex and your time is of a thinner, ever more ethereal essence. The heartbreaks and joys brought by memories that are proving indelible. Posterity. Change of life. When carried along by energetic, effervescent, and pulsating sound, these themes take on even more depth.

I’m not saying this music is just for the fifty-year-old set; in fact, in some ways it just as powerfully speaks to millennials, I’m sure. I’m saying that when an album can straddle that expanse, that particular way, that wisely, you might be dealing with something special. More and more, I think it’s my favorite of the year. You try it–it is only by the interference of a few chance outcomes that I even deigned to, and I’d be much the lesser if I hadn’t: