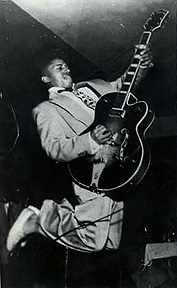 I’ve spent the afternoon luxuriating in the music of two brothers from Whiteville, Tennessee (and always associated with Memphis), pianist Phineas (pronounced FINE-us by his family but eventurally FIN-ee-us by the artist) Newborn Jr. and guitarist Calvin Newborn. The elder brother’s command, invention, precision, and speed on the 88s was such that critics still battle, as they’ve done with other keyboardists, over whether he was a purveyor of mere (mere?) technical facility or an artist of abiding soulfulness–the latter requiring a treacherous, possibly arrogant and presumptuous leap for the listener to make. As much as I’ve listened to music, I’m not at all convinced that I listener can accurately gauge “soul”; I mean, I can say for certain how it makes me feel, but if soulfulness exists in the musician as he plays, how would I ever know, and precisely what aspects of the recorded evidence indicates whether it did or not–and why do they? As for the younger Newborn, one has to dig a little to hear him in his exuberant youth, then in his prime, as he was usually an accompanist, and versatile and flexible enough to thrive in any setting, especially (maybe) when he was asked to play a discreet musical role. Only some thirty years after the advent of his recording career did he become a solo artist, and by then his best work may well have been past him. Suffice it all to say that he was one of jazz’s most underrated guitarists of the ’50s and ’60s.

You can think about both questions–of Phineas’ soulfulness and Calvin’s unjust obscurity–on the records I listened to today, combined on one CD by Jazz Beat Records: 1956’s Here is Phineas–The Piano Artistry of Phineas Newborn, on Atlantic, and 1958’s Fabulous Phineas, on RCA. The brothers play together on both releases (more so on the later) and furnish plenty of evidence to support my claims that the feeling, knowledge, and ideas behind Phineas’ playing = soulfulness, and that Calvin, coming out of Memphis blues and southwest jazz, was a force to be compared with the likes of Pee Wee Crayton and even (lightly, hoss) Wes Montgomery–particularly in his ability, honed through sibling battles and the oversight of their drummer father, to stick with Phineas even at his fleetest and highest.

As a bonus, enjoy the masterly rhythm sections on both, the Atlantic session featuring Kenny “Klook” Clarke and Oscar Pettiford, the RCA Denzil Best and the Newborns’ childhood friend and long-time musical cohort, George Joyner (each pairing, drums and bass, respectively).

I mentioned this a few pieces back, but if you love the above, you’ll want to try this very, very, very unsung set from the same basic period, as it features a mess of smokin’ Memphis players, most of him are from the Newborns’ cohort.

Up for some very entertaining and enlightening music lit you’ll have to search, then pay for?

I suggest this. (Price range on three used copies currently for sale on Amazon: $125-150–I didn’t pay half that much, so you might set your bobber out on the pond, if you know what I mean.) 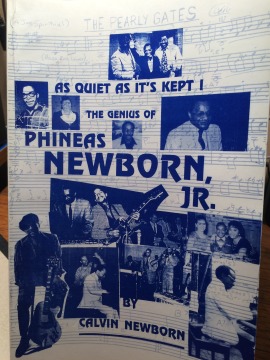 ‘xcuse me while I plagiarize my Goodreads review: 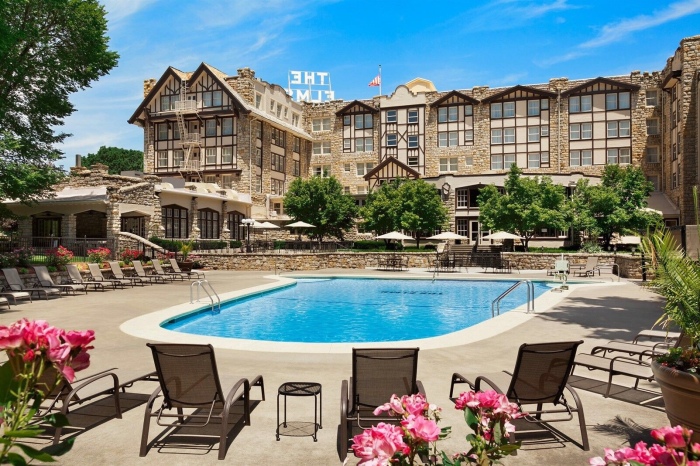 I thought I was gonna take a few days off, as we are ensconced at the above OG resort hotel, and yesterday’s post wasn’t shit other than celebrating a scary narcissistic value-free asshole’s political meltdown–here’s the moment I learned Missouri’s “governor” resigned:

But turns out you can’t stop the music. Imagine that! We’ve had a wonderful morning playing Canasta (learn it, if you knows what’s good for ya) and being centered by a) an Ethiopian nun who’s piano playing searches into the most uncertain corners of your being…

…and a long-gone pianistic genius from Memphis who played splintered shards of light and rapid-fire sparks of rhythm:

Also, in the early morning hours (we party late and rise early), I ate up brother Calvin Newborn’s hard-to-find memoir of growing up Memphis and living with and observing Brother Phineas. Seek it out if you wanna be electrofied by a mid-20th century account of being black and mid-South.

We also listened to a dude named Charlie Parker (35 minutes away from the city where he caught fire) while Nicole dealt caliente upon me as we played cards (3180 – 2650).