13th: Reluctantly left Portland for Mt. Rainier State Park. Thrilling, and for the traveler we do recommend an annual parks pass! 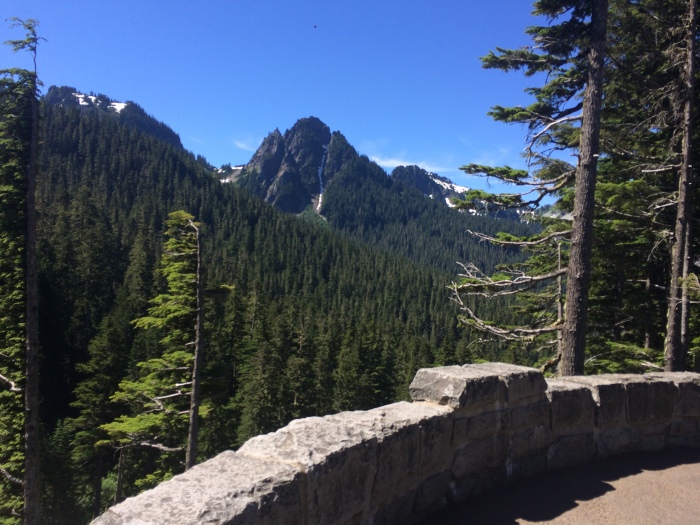 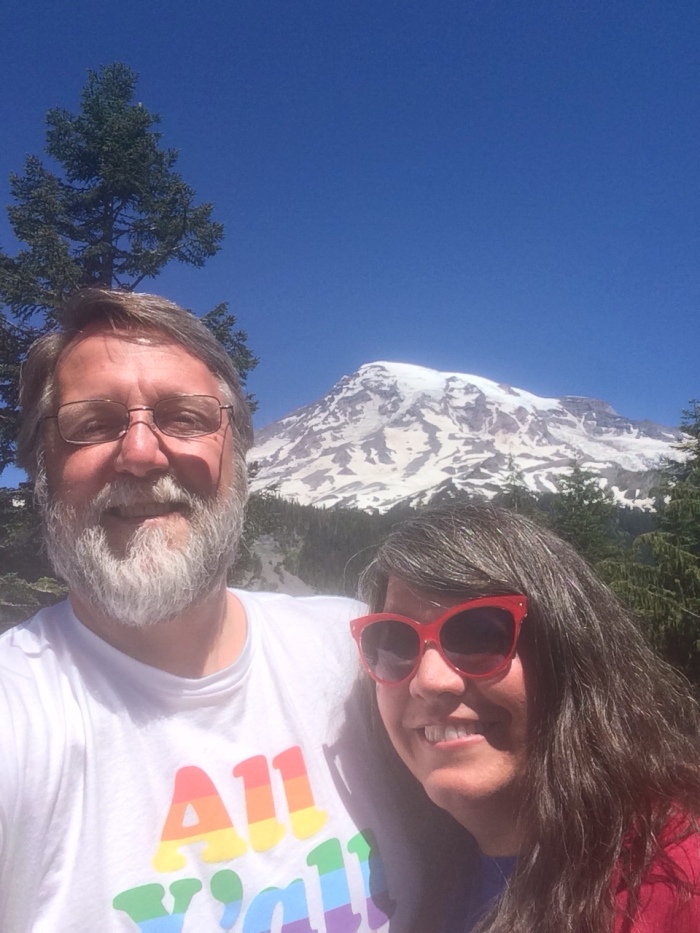 Ain’t no quick way from that park to Seattle, so we jammed Local Boy Jimi all the way in, and it was a balm. I included this neat item in the playlist–you have to lean forward a bit:

Seattle: so many great things to do, but for us the greatest thing is boon companions. Jill (who offered us a bed): smart, hilarious, endlessly boisterous, and a heart as big as an ocean; Rex, our fellow Missourian who was also visiting: ace poem picker, situation-parser, spokesman for the public; Beth, my best friend since we were 18 at the University of Arkansas: a perfectly dangerous big-sister type with a subversive sense of humor and a heart as big as the ocean Jill’s heart is as big as; and Angela and Frank, whose amazing kiddo Cecilia is our kinda-godkid: joined in unholy matrimony, in amazing parenting, and staying young as their relationship grows older (no sin, no easy road). We all know each other well, to some extent accidentally, and when we converge the laughter peals, the suggestions alarm, the drink overtops the sandbars, pizza is the only necessary fuel, and the music ain’t no didgeridoo solo! Here’s a pic from shortly after our arrival:

Deep into the night, we plotted and planned, punched free selections into Jill’s ’70s-dominated jukebox (in her living room!), and tried to solve the world’s problems.

14th: Road trip! A 12-hour one! It’s easy when Jill’s got her van rocking out to classic garage rock!

Out to Deception Pass (it’s historic, but that name doesn’t bode well) for hiking, low-tide discoveries, arguments about didgeridoos (Nicole: “Didgeridon’t–unless you’re an aboriginal musician!”), facing up to fear of heights on the bridge over Dire Straits (yeah–it’s real), and miscommunicating over our splintered wanderings. 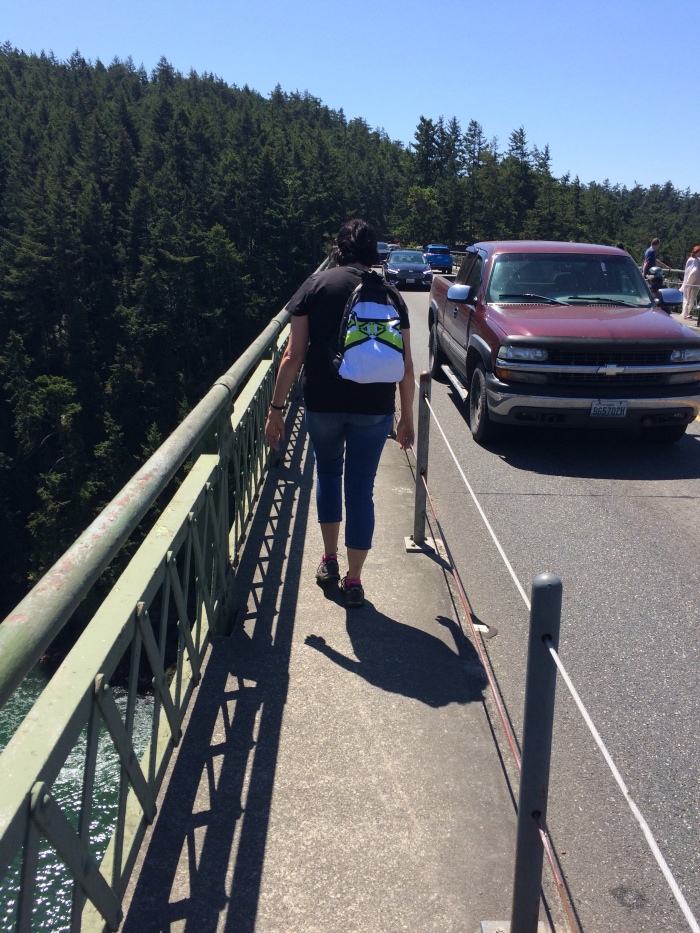 On the way back to Seattle, we waited hours at The Shrimp Shack for Dungenness Crab Burgers that were worth it, visited Ebey’s Beach and resurrected the didgeridoo theme thanks to Rex’s discovery (see video below), and got harassed by The Vanloads of Christian Athletes while waiting for the ferry. Arriving back at Jill’s, we honky-tonked into the night though I was out on my feet.

15th: You’d think we’d have to recover, but we were down at Pike’s Place Market with Frank and Angela, eating the best macaroons ever created at Le Panier, hoofing it over to meet the rest of the bunch at the Museum of Pop Culture–

–brunch Bloodies and great Hendrix and Nirvana exhibits–plus a fun “scream recording” in the horror exhibit that Nicole, Beth, and I tried), railing it to Chinatown for Dragonfest, King Noodle, and orgasmic origami, hopping in Jill’s van again for a foray to Hendrix’s grave–

–and to one of the best dive bars I’ve ever bellied up to, Darrell’s:

Along the way, Rex, Nicole, Beth, Jill and I envisioned a Seattle “underground history tourism” service that would have made Larry Flynt blanch. Dry eyes were not to be found. Much thanks to Darrell’s jukebox for this:

We continued some beer-drankin’ at Jill’s after, but the dawn would beckon Nicole and me at 5 the next morning…

16th: We took the Victoria Clipper over to Victoria BC–my first-ever trip outside the U.S. 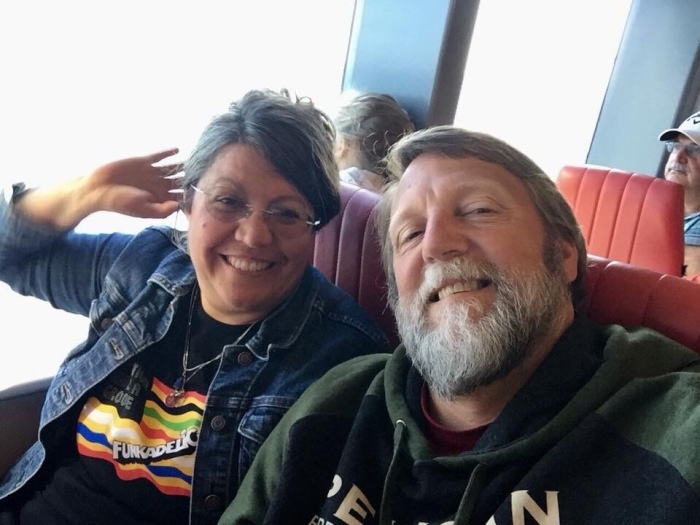 We immediately took a bus out to Butchart Gardens and beheld much flowery glory–sorry, not too rock and roll, but it was indeed glorious.

I’m sipping a Molson’s in our room at the Victoria Regent, knowing what it sounds like when gulls cry. Tomorrow: a music injection from Turntable or Ditch’s? Or a lit re-up from Munro’s Books? We shall see. Off to Ferris’ Upstairs Seafood and Oysters…