I don’t need to tell you there is not enough time to be able to hear all the great music that is available to you. Nevertheless, I do my level best to at least sample records (across the board, because I am philosophically dedicated, too, to listening broadly) that are either very widely recognized as excellent or that writers whose standards are high and whose opinions I value write paeans to.

But–I missed a masterpiece last year, one I was aware of but for whatever reason (I will admit to being very picky about modern r&b) I kept putting off. FINALLY, yesterday, I got to it, and many of you who know the record already are going to laugh at my tardiness. Had I bought it when it was released, it would have been in my year-end Top 10, and, after four gobsmacked listens, I imagine I might well have slotted it at #1.

As I listened to it again in the truck this morning, I began thinking of many folks my age whose tastes run more completely to radio-friendly music than mine, specifically those who claim (or suspect) that “there’s nothing new that’s good.” No offense, but that is always a ridiculous claim; however, when we experience–along with ever-quickening years–a shift in priorities, when we don’t get out much among more than our private circle, when we forget about our own youth (and the dance floors we were on), when we keep it on just one station, it can happen. I’ve had to fight that battle myself, to be honest (though only occasionally, and I always win).

For an unholily great combination of singing, production, and writing, for a deft ability to shift in and out of recognizable personas that she makes us care about and see differently, for a wonderfully sustained theme of rising above that never goes corny, for the one-two punch of toughness and vulnerability in her singing and writing–if, like me (until just the other day), you don’t know her or this album–you need to listen to Jazmine Sullivan’s REALITY SHOW. My socks are knocked off, my hat’s in the creek. I hope I didn’t bore you; if it’s any consolation, this record WON’T. I could provide specifics to back up that catalog of virtues, but that will only spoil your own discovery. 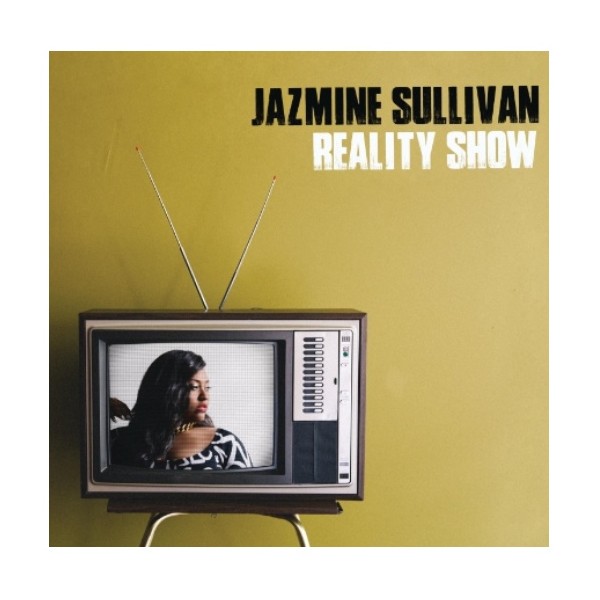 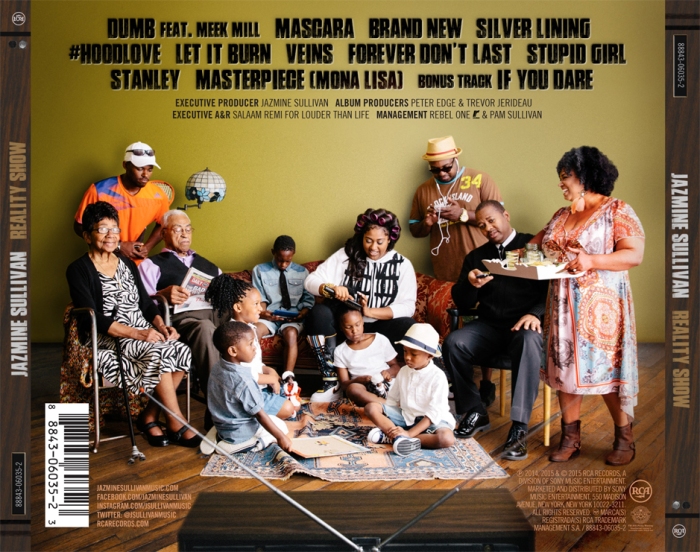 One thought on “Sorry So Slow, Jazmine!”